We had been hoping to bring our supporters up to date with Labor’s position on WestCONnex. So on 16 August, the Coalition Against WestCONnex, which includes twelve community groups opposing WestCONnex, sent NSW Labor leader Luke Foley a letter asking him to answer some questions. We specifically told him that we regarded the answers to these questions as being relevant to the Local government elections this Saturday, 9th of September. We attached a list of strong reasons for Labor opposing WestCONnex.

We asked him to reply in five days. With only two days to go to the election, we have not received a reply so we are releasing the letter so supporters can make up their own minds why NSW Labor will not answer these questions. 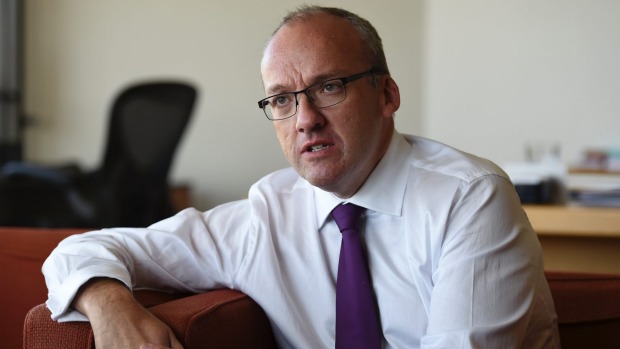 Thank you for your response to our letter requesting clarification of NSW Labor’s position on WestConnex.

We have noted the efforts that Labor has taken to highlight the ongoing mismanagement of WestConnex, as you have outlined. We also note your comment that Labor’s position has not changed.

The most recent published position on WestConnex from the February 2016 State Conference is attached. We understand that there was an amendment proposed at the July 2017 state conference but do not know what the outcome was of that amendment.

Accordingly we put forward the following questions. Answers to these would be helpful to residents in the forth-coming local government elections.

2.    If yes, will you announce prior to the election that you will repudiate any contracts let for building Stage 3 if you win government in 2019?

3.    Do you still oppose the location of the St Peters interchange which is a major part of the New M5 Project?

4.    Do you support stopping the St Peters interchange and instead build a link to the airport and Port Botany?

5.    Now that work on the St Peters interchange has begun, do you support stopping the work and re-purposing the site? If so, will you immediately call for a halt to the project?

6.    We note your firm stance of opposition to the re-imposition of tolls on the existing M4 and M5. Will you repudiate the M4 and M5 contracts imposing tolls for 43 years if you win government in 2019?

7.    Do you oppose imposition of tolls on the M4 East and the New M5? If so will you announce prior to the election that you will repudiate any contracts for these?

As you would be aware, WestConnex is one of a trio of motorway projects supported by former Prime Minister Tony Abbott that includes Melbourne’s East West link and the Perth Freight Link. In those states, Labor took a clear stand to halt both projects and ultimately won both elections.

We believe that if Labor stands by its published position to oppose the new tolls, the St Peters Interchange which is a very significant part of the New M5 and Stage 3 of WestConnex, it should commit to cancel the WestConnex contracts now, and state its commitments to alternative public transport projects.

This would not only be the best thing for NSW, but would also have widespread support from the public, including in Sydney’s West. We urge you to make such a commitment now.

The undersigned are a coalition of grassroots community and residents’ groups who have united to stop Westconnex.

Save Newtown from WestConnex

The Coalition Against WestConnex’s case

The following are the reasons for opposing WestConnex in its entirety based on experience from over 40 years of the failure of urban motorway projects to improve congestion. Only a big shift to prioritising rail freight and public and active transport infrastructure will be able to get Sydney moving again.

Further reasons for our opposition to WestConnex include:

• Negative findings by both federal and state government audits

• Unjustified secrecy and lack of accountability of the Sydney Motorway Corporation

• Exploding costs – when including extensions, the City of Sydney has found that the figure is $45 billion. The starting figure was $10.5 billion

• A string of financial failures of the Cross City Tunnel, Lane Cove Tunnel and Brisbane Airport tollway have been ignored while companies involved in those projects have been favoured with WestConnex contracts

• A long history of political donations to Liberal and Labor parties by Transurban, Leighton and John Holland, which stand to hugely benefit from the project

• Evidence of malpractice and misleading traffic projections by AECOM that have been responsible for the EIS for Stages 1, 2 and 3 of WestConnex

• Serious unresolved corruption allegations against Leightons (now CIMIC), which has been a big part of consortia winning huge WestConnex contracts

• Police reports that criminal bikie gangs have been tampering with speedometers, transporting contaminated spoil and other environmental breaches that have resulted in EPA penalties

32. Recommendation: Amend as follows, and support:

(a) That the re-elected Baird Government plans to go ahead with its plans to build WestConnex with all the attendant disastrous aspects which will affect the areas in the vicinity of the St Peter’s interchange;

(b) That Labor policy in the recent State Election was that a Labor Government would not build Stage 3 of the Westconnex project.

(c) That it was Labor on the Marrickville Council and the City of Sydney Council that first raised the alarm over the Government’s plans to build the St Peter’s Interchange.

(d) That Labor remains opposed to the Government’s plans for the St Peter’s Interchange and conference commends the Member for Heffron, Ron Hoenig, for arguing that the Government must drop its plans for this aspect of the project.

(a) Affirms its opposition to the building of the St Peter’s interchange as it will cause traffic chaos for inner west communities.

(b) Commends the SPLP for pursuing transparency around the entire project, including the release of the full business case and traffic modelling used to justify the project from the WestConnex Delivery Authority, now Sydney Motorway Corporation.

72. That this Conference calls for a Parliamentary Inquiry into the planned WestConnex project to include: